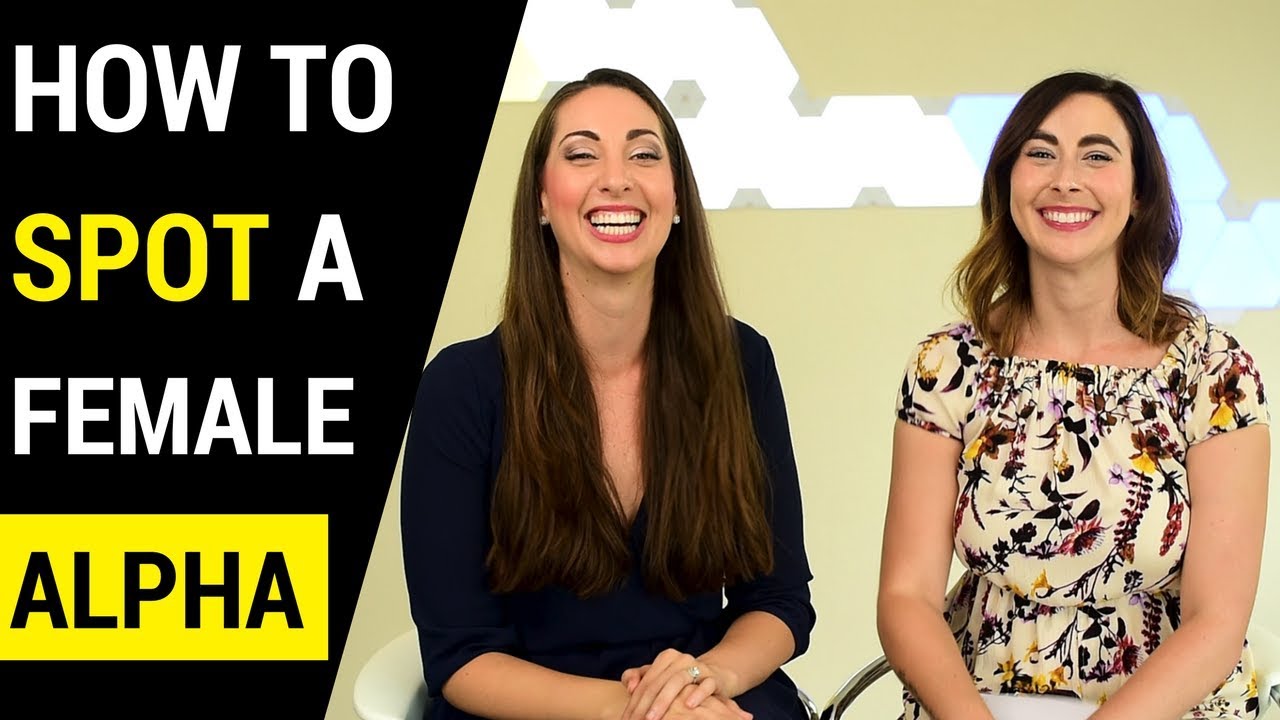 Social adaptation is a general term that describes the phenomena of responding to environmental cues and behavior in a socially controlled way. This is a process of dealing with stressors or threats in a proactive manner. The process includes three major steps: the identification of the source of stress, the identification of potential stressors, and the coordinated preparation for coping with the threat (social control). In some cases, the stressor(s) may be perceived as a threat to survival or group affiliation. In other instances, the perceived threat is not directly harmful but has a detrimental effect on the functioning of the social system.

Social adaptation is a process of developing and acquiring new coping skills based on environmental demands. It usually occurs during the early years of life and is part of the development of stress management and stress tolerance. Social adaptation is related to the stressors/stresses faced by individuals in their everyday lives. Social adjustment becomes especially important when such stressors are persistent and prolonged, when it results in persistent and chronic symptoms that negatively affect an individual’s quality of life.

The major factors that facilitate social adaptation include early socialization, cognitive and emotional skills, support from family and peers, and personal distress or stressors. The development of social skills facilitates self-care and the maintenance of optimal social relationships. In infants and children, the processes of social adaptation occur through primary social experiences. These experiences provide the necessary stimuli for them to learn and develop appropriate coping responses. Over time, these responses become embedded in an individual’s memory and neural circuitry.

A major challenge in the area of stress and health is the difficulty of identifying stressors that are likely to cause a particular person to experience symptoms. Often, there is a great deal of stress and anxiety that is attributed to sources that are unclear or intangible. When symptoms of stress and adaptation are present, it is very difficult to differentiate between genuine stress and physiological state that are mistakenly considered as anxiety or depression. There is no certain way to know which stressor is likely to provoke a particular response in an individual. This leads to a range of behaviors that are mistakenly thought to be indicative of underlying emotional distress, such as the avoidance of potentially stressful situations, the avoidance of pain, and even self-medication with stimulant medications such as coffee, cigarettes, alcohol, or illicit drugs.

The process of social adaptation is important in helping individuals make changes to their environment. For instance, individuals who suffer from stress and find themselves in environments that are typically threatening or violent may develop appropriate stress management and social skills in order to survive. Individuals who learn to manage these stressful situations are able to effectively reduce their physiological responses. Over time, these individuals may develop appropriate coping strategies that reduce the amount of stress they experience. In this way, social adaptation is important in promoting healthy self-care and health in an individual.

Although stress management and stress adaptation are interrelated, they are two distinctly different concepts that must be treated differently. Individuals who exhibit symptoms of both disorders are not suffering from stress and should be evaluated for stress and depression instead. When evaluating for these conditions, doctors will look for specific signs that may suggest the presence of both conditions such as difficulty breathing, sweating, dizziness, increased heart rate, confusion, or memory loss. In addition, doctors will typically perform a physical exam as well in order to rule out the possibility of asthma, heart problems, or other health concerns.

There are many things for which we can give thanks to The Beatles and The Cavern Club. One such contribution is social prostitution. When we refer to the society of The Beatles, we are talking about a group of people who gave world peace an altogether new meaning. Through their songs they expressed their views on social issues and they helped in tearing down the curtain of social stigmas and biases. They liberated the entire human society from all forms of social injustice.

People in this modern era have something to be grateful for. We can say that The Beatles made this possible by breaking down all the walls of social stigmas and biases. They were able to open the doors of social awareness and freedom. Their music has opened new vistas for social consciousness and charity.

There are problems that arise out of socialization. These problems are solved by better understanding the needs of others. And that is why, when someone in a group hurts himself or herself in order to get attention, the rest of the group finds it easier to help than the person who committed the suicide. And why, when a child runs away from home and may meet an abusive family or an exploited street kid, the parents of that child will probably stop the child’s pursuit of happiness by preventing him/her from ending up in that kind of environment. That is why the child becomes a changed man and becomes a useful member of society.

Sex and Social Justice are one of the most important books I have read in recent years. The author, John Coleman, takes a deep look at our country’s social structures and what can be done to alter them. What does it mean to truly respect a person’s dignity? What kind of support do sexual identities require from the larger world, and how can we ensure that this support is always grounded in the recognition of each person’s right to exist as who they are? How can we address differences of sexual orientation or gender, while also working to protect each individual’s right to have their particular freedom?

This book examines these and many other questions and offers new ways of thinking about them. Much of the book is devoted to highlighting the problematic roots of our liberal-left politics, which are intimately connected to the feminist philosophies of today. In particular, Coleman challenges the view that progressive liberalism is somehow synonymous with social justice. He contends that the two can often be found on the same page, and that this can be an essential part of the progression of human consciousness. In addition, Coleman offers up a number of examples of how feminist ideas have been utilized by those on the left.

One major theme that runs throughout Sex and Social Justice is the way in which modern liberalism tends to define itself as a kind of revisionist form of feminism. Coleman points out how the modern liberal mind often goes out of its way to differentiate itself from other forms of liberalism. In essence, this allows the progressive mind to claim that it has discovered new and progressive ideas that aren’t found in the traditions of previous liberalisms.

As such, some of the insights offered in this text shine a light on what can be seen as the problems with the way in which progressive minds see the world. The way in which these particular theories operate and the ways in which they have been employed are closely scrutinized and discussed. Many of the major topics covered include the nature of sex, reproductive rights, and the place of women in society. Many of the issues that arise in this book touch upon hot-button topics that have polarized the American population.

Sexuality is a fundamental part of modern life. Regardless of one’s political ideology, there is no debate over the basic nature of sex. Similarly, there is no debate over the place of women within society. Although legally married, women are still generally considered to be the primary sex, given their natural role in reproduction. Because the act of having sex has become associated with the liberalization of sex, many women feel subject to scrutiny when it comes to their sexuality and decisions regarding children.

Sexuality has become a part of our culture regardless of our political ideologies. This book seeks to provide a framework that will allow women to enjoy their sexuality while still taking measures to ensure that the sexual choices that they make do not infringe upon other women’s rights. This book provides an excellent source of information on the history of women’s liberation and the future of women’s liberation. It offers a unique take on the history of sexual freedom while at the same time providing fresh insights into the current status of women’s sexual freedom. The author’s provocative writing style and her innovative sociological approach make “Women And Social Justice” an interesting and thought-provoking read.

Many people think that making arrests while working in the entertainment industry will result in charges and conviction for prostitution. However, this is not true. Making arrests for prostitution and other related activities will not get you any jail time or fines. In fact, police and prosecutors will not even be able to legally name you as a criminal. What will happen is that your employer will file charges against you for insubordination, improper working conditions, or negligence. This means that you will need to get a lawyer to defend you in court.

The issue of arrests for prostitution and other related activities comes up frequently, especially with the increasing recognition of sex work as work. Since the whole point is to make money, many sex workers have a real fear of losing their jobs and not having any source of income to support themselves and their families. Worse, some of them are trapped into running small brothels, where they continue to work for years without receiving a decent amount of money. Consequently, these workers have become targets for the corrupt and abusive authorities. To avoid making the mistake of becoming a target of the police, it is recommended that sex workers take action to protect themselves by learning how to protect themselves from human trafficking.

There are two different methods of resistance to arrest for prostitution and other related activities. The first is called “Partial Criminalization.” In this method, people involved in the sex work industry are given a limited immunity from prosecution due to special circumstances. These include but are not limited to, acting as a pimp or prostitute for a relative or friend, providing children as sex workers, running a small brothel, or being part of a human-trafficking organization. In order to qualify for the “Partial Criminalization” exemption, there has to be an excellent personal and professional history of the protection of human rights.

The second way of resistance is through the employment of “Norris Protection Order.” This order prohibits police from arresting, detaining, investigating, detaining, freezing, prosecuting, or punishing anybody under any circumstance related to the violations of the workers’ right to work. However, this doesn’t affect the right of employers to hire, fire, or recruit from any worker, including migrants, seasonal workers, or those who have been subjected to any sort of forced labor. This type of order can only be used to protect workers who work for a company that is directly involved in the activity of forced labor or an employer who has used violence, threats, force, or other similar measures against any worker for any reason whatsoever. This means that even if a worker might have committed a crime against another person, this does not free them from having to face charges themselves.

These two methods of struggle against forced sex work are the most common among those who have gone through the process. Others include the organizing of local sex worker rights seminars, and of course, the use of the “Norris Protection Order.” The most important thing to remember when facing exploitation or harassment is not to give up. These rights are guaranteed by the constitution and are legally protected by the government. Fighting back and protecting your rights are your best option.